On November 3rd and 4th, the 52nd Student Athletics Games, the 18th Staff Sports Games and the 26th Elderly  Physical Exercise Meeting of Xiamen University were held at the newly-built Yanwu Stadium in Siming Campus. The Games set up a number of competitions, including high jump, long jump, shot put, long distance running, dash, relay, team competitions and so on. The staffs  and students from college of materials prepared actively, struggled tenaciously, and finally achieved excellent results in the games.

On November 3th, each college square entered the venue in order at the opening ceremony. The material college team composed of staff and students athletes walked through the podium under the leadership of Party Secretary Wang Kangping, Dean Peng Dongliang, and Deputy Party Secretary Zhuang Xi.＂Look at our material, real material.＂Athletes highlighted the confidence to win with neat pace, loud slogan, and the positive fighting spirit was burning on the field. Our college performance team was performing a chopstick dance while moving. The dynamic and energetic dance showed the vigor and vitality of the college. 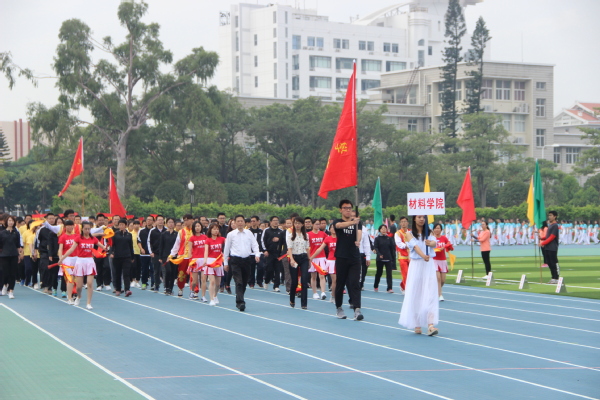 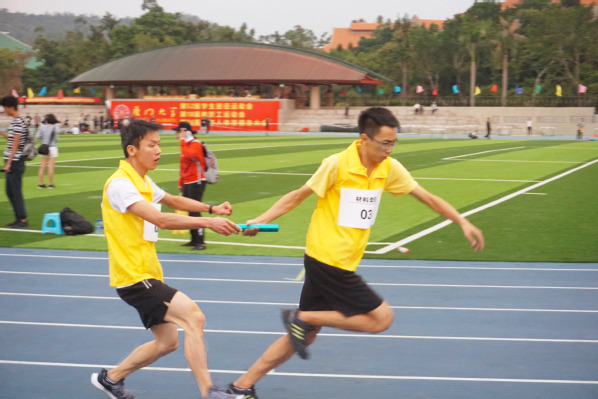 Behind such a great event as the Games, thousands of selfless volunteers ensured the normal operation of the event. Our volunteers were active in the competition venues, arranged venues, distributed apparatus, pasted the number plate for the athletes, guided athletes to go to roll call, and took care of athletes after the match. Volunteers eliminated the worries of athletes with their own hard work and brought them warmth, which was praised by other students. Inside and outside the stadium, The Little Yellow Man, the blue runway and sky enhanced each other's beauty, forming a beautiful landscape.

In the sports meeting, the students not only felt the honor, but also the synergy of the companions and deeper understanding of the spirit of sports. Furthermore, this sports meeting will have a more profound influence, of which the students can persist in physical exercise in the future, promote the spirit of sports, and face with daily learning and live with a more healthy and full spirit.