On August 2nd, The Dragon Cup with the theme of Fighting the ‘Internet +’ A New Era, Enriching the Entrepreneurship and Innovation, the finals of the Internet + Undergraduate Innovation and Entrepreneurship Competition in Fujian Province were held in Fujian Agriculture and Forestry University. 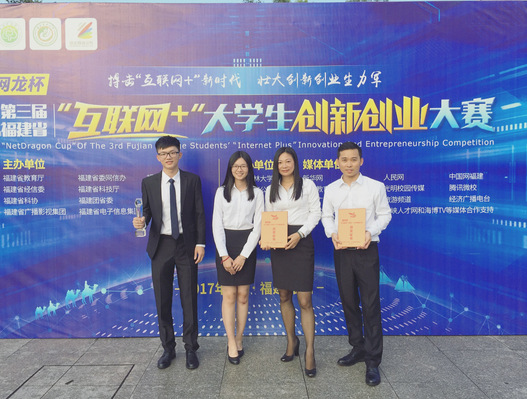 At the same time, under the guidance of Professor Li Lei, the team composed of year two master students Yu Qi, Tan Donggui, Huang Ting and Zhang Yubin with the project Green Chemistry - Turning tar from tar and coal tar into treasure won the honorary title of University Internet + Silver Award for Innovation and Entrepreneurship Competition. 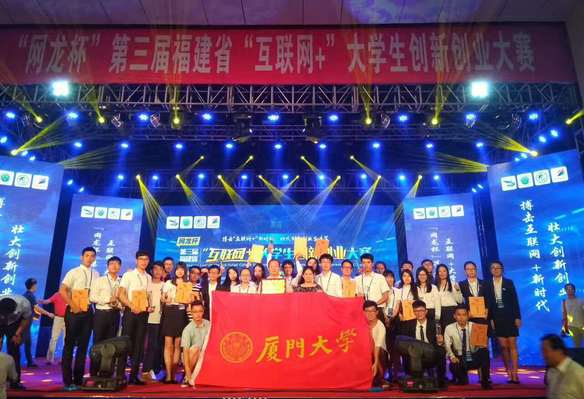 It is reported that not only the quantity of the participated teams has greatly increased compared to the before, but also the quality of the projects shows a great breakthrough. In order to better prepare for the Third National Internet + College Students Innovation and Entrepreneurship Competition finals, Provincial Competition Organizing Committee will organize the best 40 provincial winning teams from August 9 to 11 in Fuzhou to carry out  Training camp activities, then, Ms. Zhuang Xi, the deputy party secretary of the college will lead the teams to Fuzhou for learning exchange, strive for good results in the national competition.